Musically Minded > About Us

Anna Orias (then with her maiden name, “Anna Miller”) started teaching piano in the living room of her home as a sole instructor in 1992. Anna recognized that students needed their teachers to model musicianship and to organize their study of music. She also knew how important it was for students to see peers accomplishing their goals and finding successful ways to work through their educational challenges. She developed a program where students spent 5 weeks in one-on-one instruction with her and on the 6th week, the students would come to class together in small groups to work on specific subjects.

Over the years, these subjects became more specialized. Anna found that combining traditional recitals with academic events and informal performances created well rounded, confident musicians. Anna always had a waiting list of students, often 30 students long. In 2004, Anna moved her studio out of her home to her parents’ converted garage. She hired teacher Sarah Cappelli and filled her time slots in a few weeks. In 2007, she incorporated  the studio as a non-profit organization, Musically Minded Piano Studio. The waiting list was still long, so jazz piano teacher Angie Spinelli was hired to meet the need.

The studio continued to expand and more teachers were added offering a variety of instruments. It soon became clear that a larger space was needed to meet the high demand for lessons and in Fall of 2010, Musically Minded Academy was formed at 5776 Broadway in Oakland, CA. This 6000+ sq. foot commercial facility hosted 600 people per month in classes, concerts, camps, workshops, teacher trainings and more.

In 2017 we were evicted from our facility and are now offering lessons in many private studios all around Oakland. We are also building new group classes at the College Avenue Presbyterian Church in Oakland.

We are continuing to enroll new students every day and are receiving support from the city of Oakland as we adjust our programing and aim to thrive in a difficult real estate environment. We thank Roberto Bedoya, the Cultural Affairs Manager for the city of Oakland as well as Kelly Kahn, who is on special assignment by Oakland’s Mayor, Libby Schaff. We are working with NCCLF and CAST to stabilize our organization after the loss of our building. Thankfully, our student base is strong and our students have told Anna, “wherever you go, we will go!”

We involve the whole family and the whole musically minded community in our programs. This creates a positive artistic synergy which not only enhances students’ musical skills but makes for a nurturing experience for all.

Musically Minded offers unique music education programs designed to help students develop a passion not only for individual instruments, but for excellent musicianship. We aim to inspire our students to learn music as a language and communicate and connect with themselves and their communities through the enjoyment of this art form.

Our educational model strives to take students beyond basic skills such as technique, reading, rhythm training, ear training, music theory, and performing. Our programs are designed to instill the inspiration, confidence, discipline, clear goals, and self-motivation that characterize the complete musician. We aim to inspire our students to find their own creative expressions and connect through performance to their micro-community (family and friends) as well as their macro community — the greater San Francisco Bay Area. By sharing our photos, video and audio footage of our musical successes through social media, our student’s musical experiences further effect lives of people throughout the world.

Our education model aims to reach these objectives:

1. Learn and refine musical concepts, skills, theory, technique and performance ability
2. Experience multiple styles, genres and instruments by listening to and playing music with others
3. Build repertoire and add specialized and custom skills required for specific styles and genres
4. Build confidence, develop creative expression  and increase joy through exploration and development of ones’ musical persona
5. Connect to others through the enjoyment of the language of music

Musically Minded aims to provide the highest quality music instruction. Our teachers are experienced and works to maintain our philosophy that music is an integral part of a joyful life for individuals, families and communities at large. 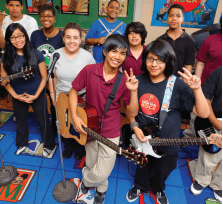 MMA is exactly the type of arts organization you want located in the middle of your community. MMA not only teaches music, the teachers and staff also teach respect for the arts, for their instruments and equipment, for other students (for example other students who may not be as proficient), and for the surrounding community. The children AND parents are reminded regularly to be respectful and deferential to those in the neighborhood in order to maintain positive relations. In turn we (both children and adults) are able to benefit from the richness of the musical offerings they bring and be exposed to new and different types of music than we would otherwise. 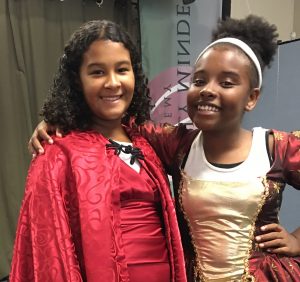