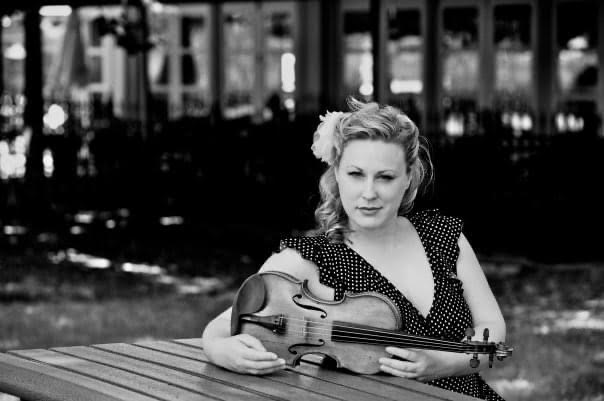 As a passionate and experienced musician, music educator and music school administrator, Autumn Voakes has become a successful component within the music community throughout Chicago and the Midwest. Over the last twenty years Ms. Voakes has taught at several private music schools including American Music Institute, the Copenhagen Primary International School, Bloomingdale School of Music, and Naperville Music, as well as a number of public and private schools including area high schools, elementary schools and Montessori schools. As a musician, Autumn has performed with various orchestras including West Suburban Symphony Orchestra, the Royal Danish Orchestra, Southwest Symphony Orchestra, and the Illinois Philharmonic Orchestra. She has performed on stage with a number of well-known musicians such as country singer Toby Keith and singer-songwriter Smoky Robinson.

Born in 1979 in Winfield, Illinois, Autumn Voakes began her musical studies at the age of four on the piano, and began her study of the violin a year later. From the age of five through eighteen, Ms. Voakes received music training by a number of celebrated violin and piano teachers including violinist Simmone Tingelly. Throughout middle school and high school, Autumn received musical training by attending Blue Lakes Fine Arts Camp and Interlochen High School/Summer Camp. Additionally, her musical background throughout her youth included participation and ranking in a number of local, state and national competitions and orchestras including IMEA, Fox Valley Youth Symphony, Elgin Youth Symphony, and Illinois State Solo and Ensemble.

After graduating high school, Ms. Voakes attended Columbia College Chicago for a Bachelor in Music Business. Throughout her years in college, she performed in a variety of orchestras, country, Irish and rock bands. Throughout and after college, Autumn worked as a restaurant manager for Quality Dining overseeing a restaurant staff of 80 employees. As the youngest manager within all of the corporation’s restaurants, Autumn gained an invaluable work experience that would later help create her vision of starting and running American Music Institute, a non-profit music education arts organization based out of the Chicago suburbs.

Autumn relocated to Copenhagen, Denmark in 2002, where she spent her time studying the viola, violin and piano at the Royal Danish Academy of Music and performing with a variety of Scottish and Irish music bands and ensembles. While in Denmark, she studied with celebrated European violist Enge Anderson and continued her career as a music teacher at the International Primary School in Copenhagen.

In 2004, Ms. Voakes returned to the United States and continued teaching violin, viola, cello & piano in Chicago. Autumn continued her education by attending Northeastern Illinois University where she studied both History and Political Science. In addition to studying towards a degree in History and Political Science, she elected to become certified as a secondary education teacher and took a minor in education.

In late 2005, Autumn Voakes took the position of Director of Education / co-founder of American Music Institute – a 501(c)3 non-profit music performance and education organization based out of the Chicago western suburbs. Her passion for music education, music performance, and supporting the greater success of the community created the drive and dedication necessary to help develop and run AMI. Until December 2016, Autumn served as the Executive Director of Educational Programming at American Music Institute as well as an active Board Member. She constructed AMI from a negative operating budget in 2005 to over a million dollar a year operating budget in 2012. At AMI she managed a staff of over 60 teachers, created and managed four central programs (Private Lesson Program, Group Class Program, Early Childhood Education Program, and the Music & Development Therapy Program), and developed a number of outreach programs within the greater Chicago-land community within the public school system. Since 2015, she has been teaching at her private studio. She has recently returned to school to complete her PsyD in Clinical Psychology, and plans to use her background in music and education as part of her clinical methodology.

Autumn Voakes contributes her success as a musician, a music educator and as a founder and director of a non-profit organization to her eclectic background within her education, music, and work experience. In addition to being an accomplished music teacher, professional musician and businesswoman, Autumn spends her time performing in a variety of local orchestras and string quartets. Additionally, Ms. Voakes is an active poet, writer, songwriter and artist. She is currently writing her first violin pedagogy book, “Teaching the Violin: A Practical Resource for the Pre-Collegiate Violin Teacher”, set to be published in 2022.