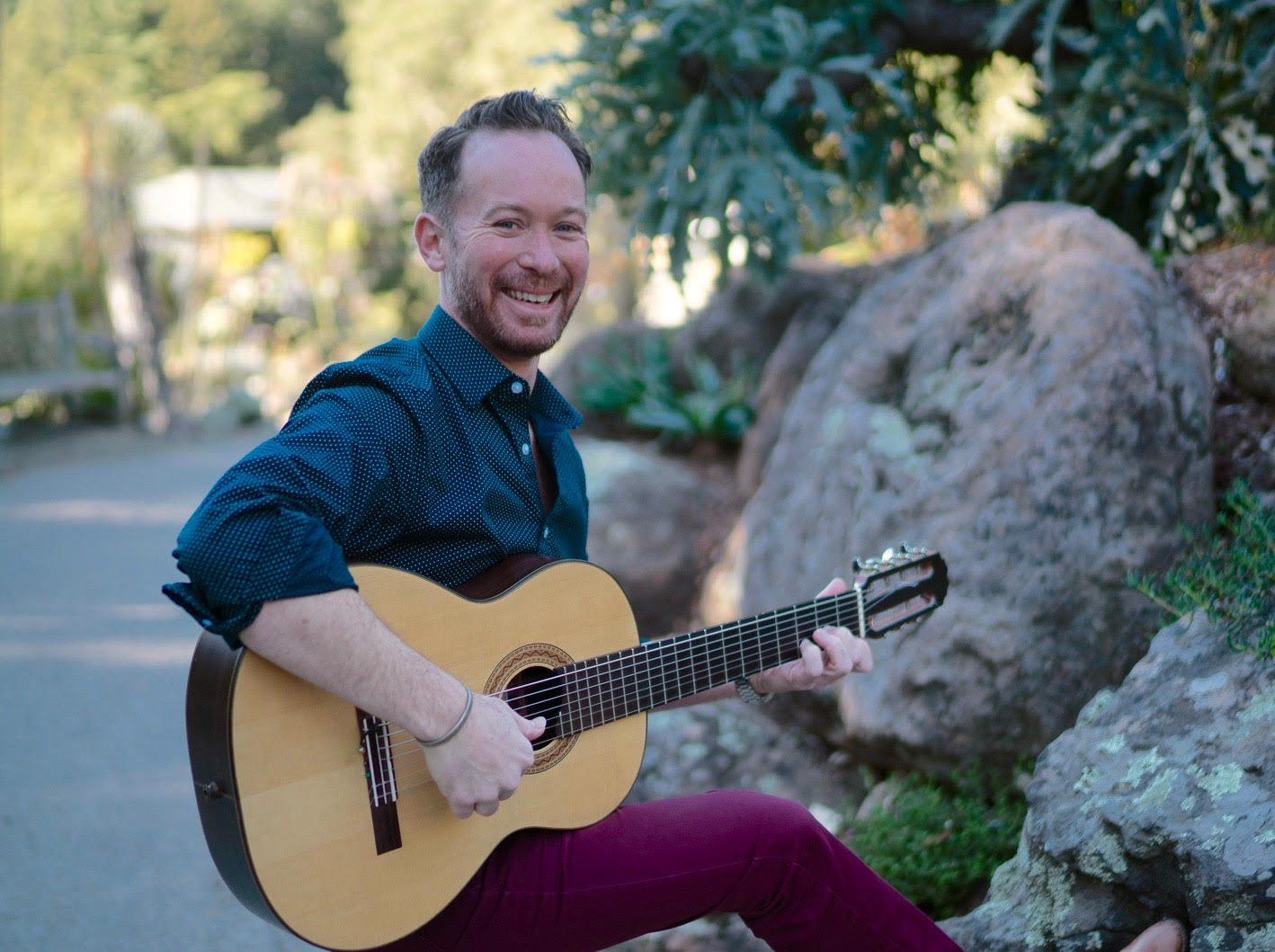 Brian Moran ( www.brianmoranmusic.com ) is a guitarist and multi-instrumentalist (mandolin, bass, cavaquinho), known as a diverse and passionate performer,
educator, composer and producer. A graduate of Berklee College of Music, he is adept at many styles including jazz, Brazilian, classical, flamenco, R&amp;B, rock and pop, with 25 years of teaching experience. He is a co-founder and the 7 string guitarist for Grupo Falso Baiano, a Bay Area quartet dedicated to Brazilian choro music and Oakland Samba Revue, a 7 piece group performing his arrangements of Brazilian samba, forró and bolero with jazz and and funk influences. Falso Baiano has released 3 CDs: Viajando: Choro e Jazz (2008), Simplicidade: Live at Yoshi’s (2010) , and
Depois (2017) – featuring guest appearances by Jovino Santos Neto, Mike Marshall, Michael Spiro, and Eva Scow among others.

Brian has also been featured on over a dozen studio recordings as a sideman, composer and arranger. As an educator, his articles have been published by Acoustic Guitar magazine, and has been a faculty member at Jazz Camp West, Oakland Feather River Camp, CA Jazz Conservatory, and Cal BrazilCamp.